Diana Díaz-Harrison, M.Ed. is the Lead Founder and Executive Director at Arizona Autism Charter Schools (AZACS). She was inspired to start the school by her son, Sammy, who was diagnosed with autism at the age of two. Like many parents, she struggled to find an appropriate school for her son and decided to do something about it.

In 2012, she formed a board of parents and grandparents of children with autism along with professionals in the field of Applied Behavior Analysis. Together, they drafted a proposal for an instructional program and business plan to create Arizona’s first autism-focused charter school. Diana presented this plan to the Arizona Charter School’s Association and was selected to participate in a competitive Charter Starter Development Program. After completing this program, she submitted a successful charter application to the Arizona State Board for Charter Schools, which was approved in 2013. Once approved, Diana worked with her team to apply for prestigious start-up grants to gain the capital needed to start the school. It was an arduous labor of love, and the school opened successfully in the fall of 2014.

Diana possesses a unique combination of experience in broadcast media, public relations and education. While her early career experience was as a bilingual school teacher in California, she later held several prominent positions in broadcast media and public relations. Prior to dedicating herself full-time to AZACS, she was a Senior Communications Strategist at Salt River Project (SRP), Arizona’s leading utility company. In 1999, she came to the Phoenix market to serve as Univision 33's lead Spanish language news anchor and reporter focusing on education and medical news.

Her professional career turned to education once again, after her son, Sammy, was diagnosed with autism. From 2007 to 2009, she served as Hispanic Community Relations Strategist for the Southwest Autism Research & Resource Center (SARRC). In this role, she brought autism awareness to the forefront of the Hispanic Community by working with Univision television and radio to produce weekly news segments on this widespread developmental disability. In October of 2009, Diana was recognized with an Emmy nomination for her news reports on autism. While working at SARRC, Diana conducted multiple trainings to teach educators about the “red flags” of autism and strategies to connect parents to early intervention services. It was her professional experience at SARRC that connected Diana to the leading professionals in the treatment and education of children with autism and what planted the idea of starting a school.

In her role as Lead Founder and Executive Director, Diana has worked with her team to open two successful schools in just three years of operation. Each year, the school submits student growth data to the Arizona State Board for Charter Schools, which has allowed the school to grow by one grade level each year.

AZACS has been recognized by several prominent educational entities such as New Schools for Phoenix, A for Arizona and Arizona Governor Doug Ducey’s Office of Education. Diana’s goal is to continue to improve the school year after year, and has approval to grow the school to 12th grade. She is also excited about developing community partnerships, college and vocational opportunities for her students. As the mother of a child with autism, her driving force is to create a life of purpose and fulfilling opportunities for her students. 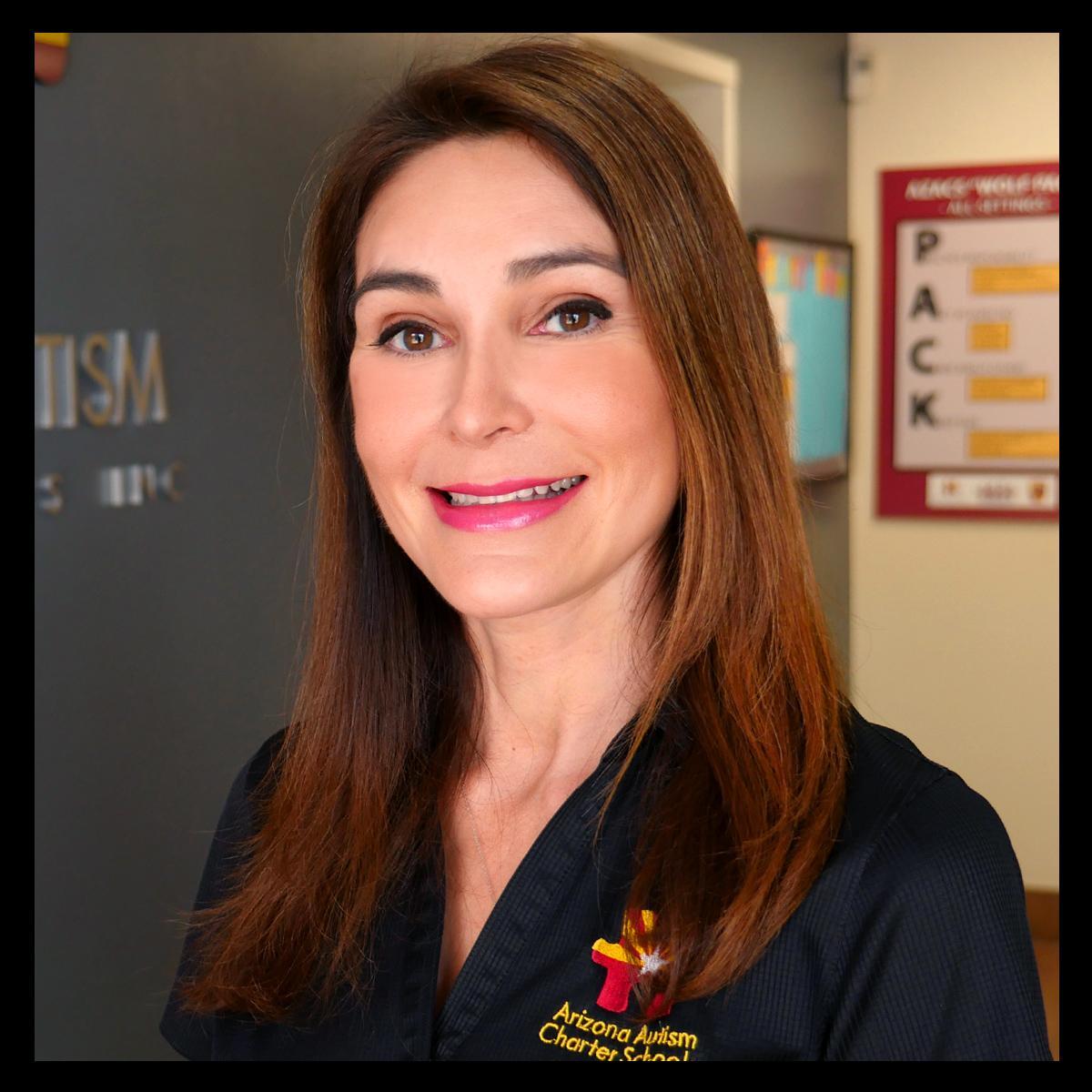